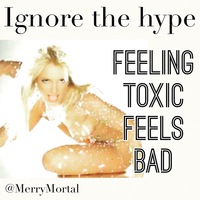 Have you ever been involved in a toxic relationship?

The other night, this question brought two friends together through shared heartache, insanity, and bewilderment. “Love is not always logical,” a passerby remarked. Perhaps this very characteristic we’ve assigned to love is the culprit of our mistakes, regrets, and failed relationships. After all, don’t we tell one another to “follow your heart,” rather than make calculated, sensible decisions? I wonder if we would continue to give of ourselves so freely, accept crumbs in return, modify our goals accordingly, or cross our own boundaries in the name of love, if love were a more logical game.

I was raised listening to the story of how my great-grandparents met. In the traditional Hungarian courtship style, he chose her out of the crowd of eligible women. Offering her a flower, she accepted his proposal by placing the flower behind her left ear. Two strangers, they wed shortly thereafter. Thus began the fervent story of two lovers whose tenderness for each other was only separated by death. My great-grandmother mourned my great-grandfather’s untimely death until the day she passed on- nearly two decades later.

But in today’s world, love is defined by so much more than strong affection and devotion to someone. With the rise of feminism, easy access to resources, the ever-growing dating pool, and the increasing interconnectedness of the world, love is less like courtship and more like keeping company. Often abused, misunderstood, and reckless, love has become tainted with skepticism and uncertainty for many. Why else do we applaud couples who find each other on Tinder or praise those who reenter the dating scene following an ugly divorce? Love is frightening and challenging! Yes, it is worth it. But it is increasingly more complex as we continue to change our roles and expectations, and even outgrow our old ideals of love.

I feel very fortunate for the pool of men I chose to date. Surely, I can’t claim responsibility for their average-ness. While friends lamented about their shameful first times, or complained of mom and dad’s disapproval, or even cried about abuse and rape- somehow my lot was far less complicated. There were some nasty fights, some inappropriate relationships, some back and forth, and some sleepless nights, but I was altogether pretty balanced… until he came along.

Throughout the two years that we were involved, I spiraled out of control with competing addictions, but my obsession with and addiction to him carried me to new lows. I chose him over my friends and family, I stopped taking care of myself (I even avoided bathing for fear that I’d miss out on something), and I developed an aggressive exterior. I deserted my apartment to live in a filthy garage with him, spent all my money on drugs and alcohol for us, and even shared him with another woman because I couldn’t let him go. Even compared with my uncompromising dependence on drugs and alcohol, my attachment to him was the most painful, agonizing detail of my life. It was also however, the catalyst for my sobriety and the laceration that led to healing.

Today when I think of him, I feel a tightness in my chest- much like the feeling you get when you think of a taking a drink. I don’t know if that feeling will ever go away. They say that your physical body retains memory and I like to believe that my body and psyche have preserved that threat for my benefit. I don’t believe I’m in any danger of ever returning to him, but there could always be another him out there or another her in me.

As I’ve recovered and worked through this relationship, the most unpleasant realization has not been about him, but about me. Owning the harm I’ve done to myself has been an uncomfortable journey, but the reward is that no one- including myself- will ever treat me like that again.

I learned about love, beginning with love for myself. I have compassion for that girl who let herself go and who couldn’t walk away. I’ve acknowledged her limited beliefs about love and continue to teach her that love is abundant. I’ve showed her how to respect herself by listening to her instincts, being selective, pursuing her goals, and speaking her truth.

Blaming neither society, alcoholism, Disney myself, or even him, I have come to my own valuable terms of love. And just like recovery gives us a new enthusiasm for life, my relationship to love is made all the more wondrous and deserving for its connection to the pain of my past.