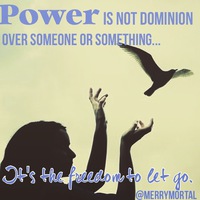 Have you ever played the “What If” game with your sobriety? What if I accepted a college closer to home- would that have been enough to impede my drinking? What if we had never broken up? What if I hadn’t met him or her? What if my parents never split up? Would I still be an alcoholic?

I think it’s natural for alcoholics to ask themselves these questions. I have often wondered if I would have ever abused alcohol if I had addressed my sex and love addiction sooner. My compulsion to drink was always motivated by a need for love and validation. Liquid courage gave me the ability to transform into the fiery, give-two-shits, cocksure vixen I wanted to be. Nearly every alcoholic recollection I can summon is wrapped up in pursuit of a man or of acceptance and adoration by intimidating women. And because of my drinking, I allowed myself to be exploited in ways that were physically and psychologically repugnant. For these reasons, I am so grateful for the powerful elixir of alcohol and love: together, they bankrupted me to the point of desperation.

Your approval was the first drug I ever experienced. A young, fatherless girl with alcoholism in her genes, I had all the makings of a real addict. But long before substances entered into my life, I got high off of being liked and wanted. And at the ripe age of ten, I knew how to get the boys’ attention and simultaneously play besties with my competitors- all while staying off the radar and maintaining my role as teacher’s pet. I prided myself in the art of the 3 P’s: a delicate balance of Pleasing others, Playing coy, and being Patient. Upsetting a friend, making an enemy, or being too aggressive or assuming could disturb the equity of this fine-tuned enterprise. So, I aimed to tickle and charm everyone I met.

I mistakenly thought that my ability to influence others put me in a position of power. Despite the strain of keeping everyone at an arm’s length away, regardless of the repetitive pattern of Chase, and even though I often felt more alone in the company of others- I believed I was running this operation in my best interests. When I introduced alcohol and drugs, it became more difficult to stay in control of your feelings towards me. I became sloppy, arrogant, menacing, and openly insecure. I contentiously flirted with your man without two feet to stand on. I welcomed drama by volunteering to be referee. I allowed my friends to steal from me. I controlled how much dope everyone got. I showed up uninvited. The worse I got at managing my likeable identity, the more I drank to escape from the shame. The more I drank, the more frantic I became. It was a relentless, vicious cycle and I was perpetually shrinking and distraught. In the end, I overcompensated for my anxiety by acting more grandiose, I weaved together more elaborate, untrue stories in the hopes that you’d be interested, and I suspected everyone of blasphemy because I was disingenuous myself.

Alcoholics Anonymous and Sex & Love Addicts Anonymous provided the remedy to love and healing I so greatly needed. Between four dingy walls, under fluorescent lights, and with nothing left to lose, I learned the value of being vulnerable. For the first time, I felt safe enough to be myself- whoever that was. My shame, my secrets, my uncertainty, my failures- made me no less loveable in your eyes. And the less I tried to be someone you’d like, and the more I tried to reveal who I really was, the freer I became. Today, when I think about power, it is not dominion over something or someone. Rather, it is the freedom to let go.